Yogi Berra finally left the game last Tuesday, Sept 22, the same day he had his Major League Baseball debut 69 years earlier. Hearing about his death led me on an Internet search for some of my favorite yogisms. I’ve always been a fan of Lawrence Peter Berra’s wit and wisdom because it reminded me so much of my father’s repeated sayings. In fact, I was surprised to learn today that it was Yogi Berra who said, “Nobody goes there anymore because it’s too crowded.” and not my Dad. My Dad was not above taking the work of others and passing it off as his own, although in this case I guess I was probably the only person who was fooled.

However, today I’ll give Mr. Berra proper credit and honor five of his sayings I find particularly wise. That’s the cool thing about yogisms. Much like a Zen Koan, they may not seem to make that much sense on the surface, but repeated study can reveal the life lessons they contain. Mr. Berra, it seems was truly a yogi. 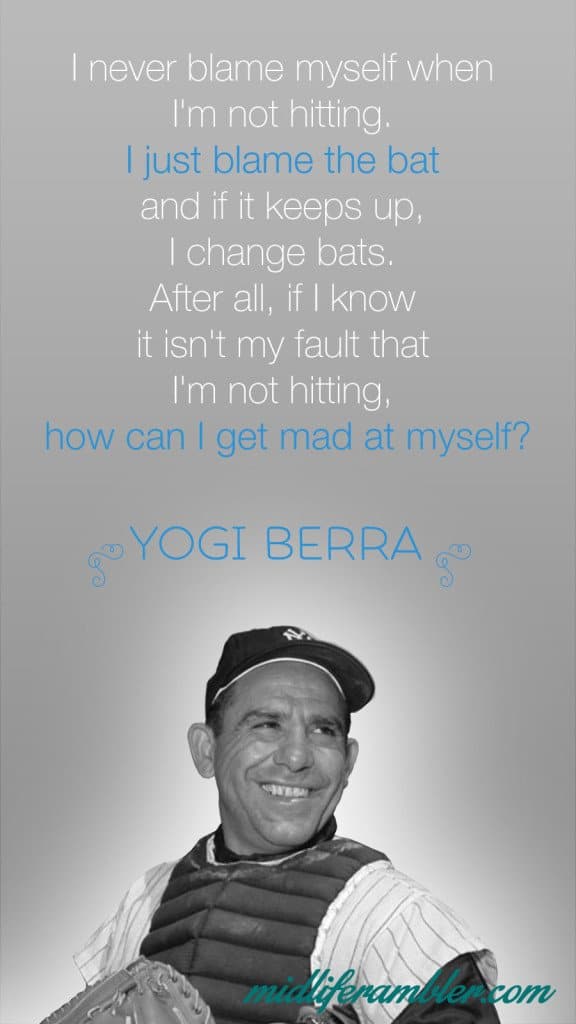 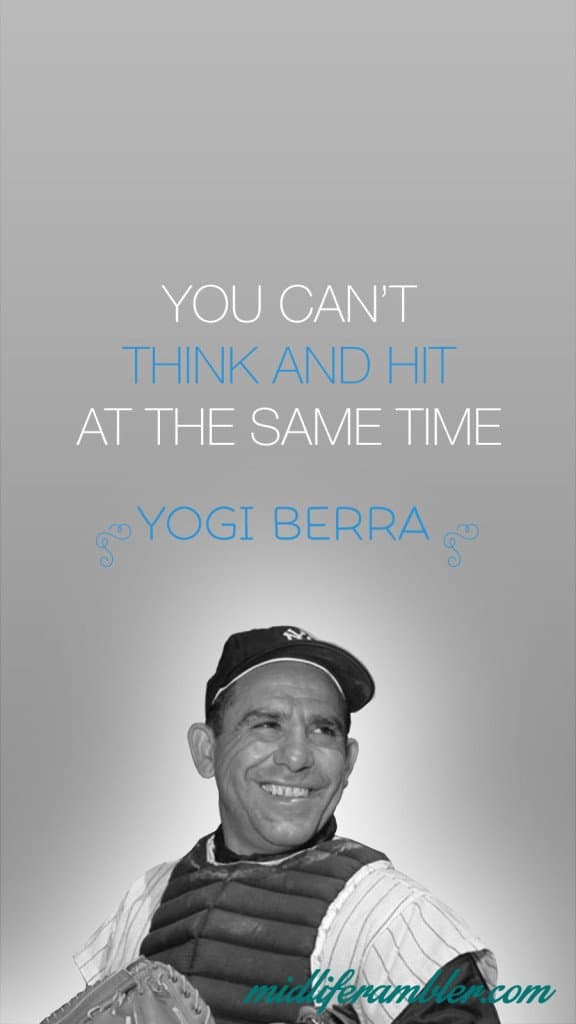 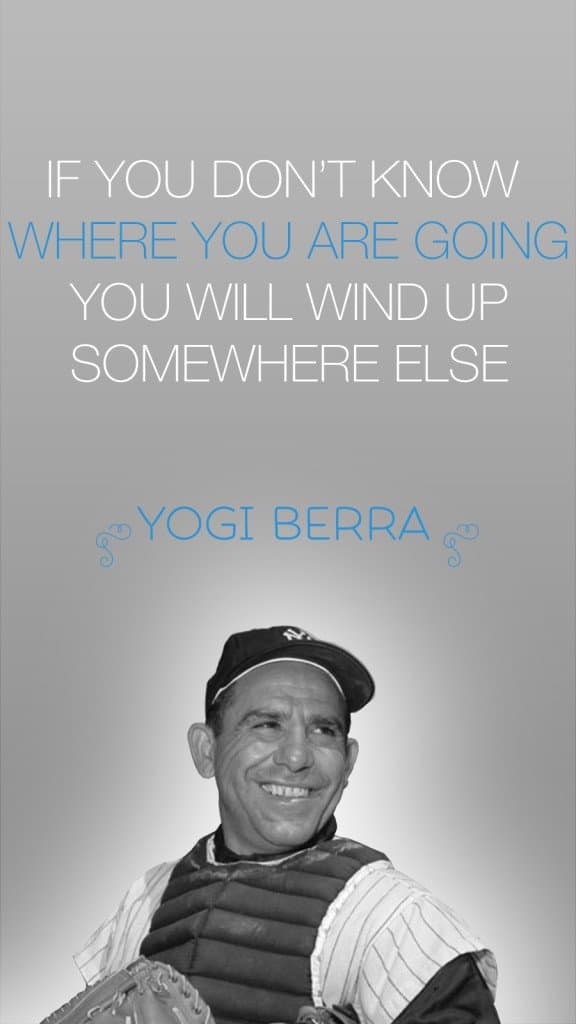 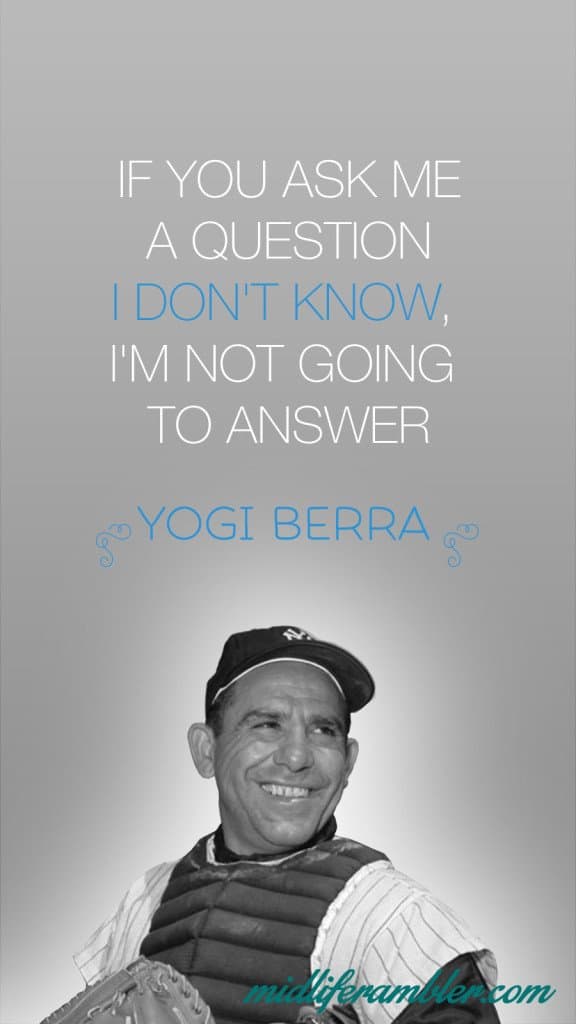 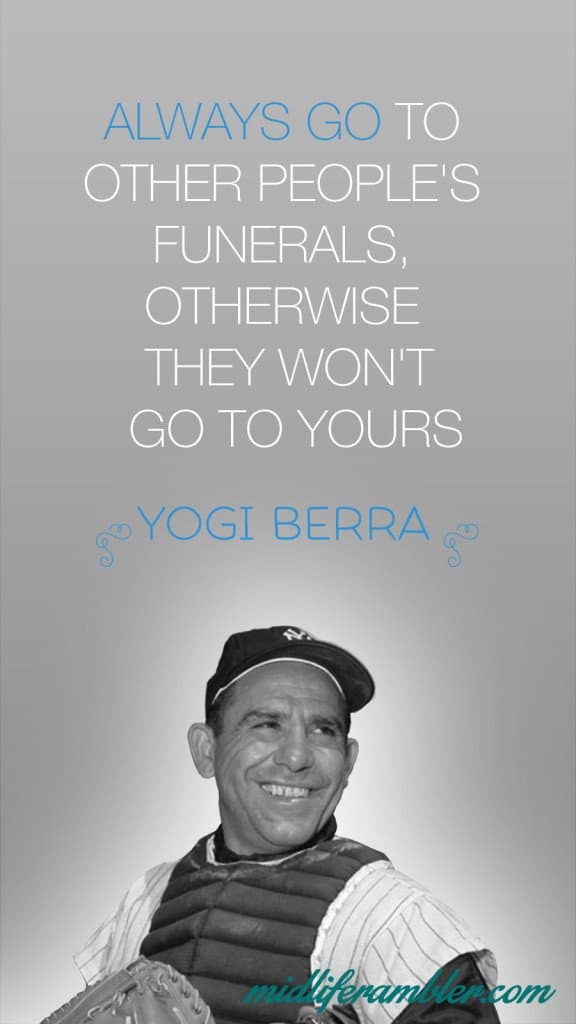