Recent studies have shown that having a strong purpose in life can prevent cognitive decline even in people whose brains show evidence of Alzheimer’s. Here’s how you can protect your brain and increase your life satisfaction at the same time.

I just finished Life Reimagined: The Science, Art, and Opportunity of Midlife  by Barbara Bradley Hagerty. It’s a fascinating book: full of tips on how to navigate midlife as we lay the groundwork for transitioning to the second half of our lives. She shares a lot of good information that I enjoyed reading -- particularly about the importance of working to maintain our friendships as we age -- but the most important information I got from her book was something I had never read before: when it comes to Alzheimer’s, the disease that rightly strikes fear in the heart of every midlife person, biology is by no means destiny.

What is Alzheimer’s Disease Anyway?

Alzheimer’s is not synonymous with dementia; it’s just one of several conditions that may cause dementia as we age. It is thought that Alzheimer’s is caused by changes in the brain that result in abnormal clumping of brain cells (called amyloid plaques) and twisted brain fibers (called neurofibrillary tangles).

Although your doctor may diagnose you with Alzheimer’s based on your symptoms such as memory problems (and shockingly, losing your sense of smell), a true diagnosis of Alzheimer’s cannot be made without an autopsy after death. Only then can it be determined whether your brain has the clumping and twisting associated with Alzheimer’s.

If Alzheimer’s is caused by your brain actually degenerating so it can’t work properly, then it’s easy to assume that there’s really not anything we can do to prevent memory loss once the brain starts changing.

However, a recent study of older people suggests otherwise. This study followed people who agreed to have their cognitive abilities tested as they grew older and then have an autopsy performed to test for Alzheimer’s when they died (still the only way to truly diagnose the disease). To the amazement of the researchers, they consistently found that at least a third of the subjects with the distinctive plaque that is a marker of Alzhimer’s showed no mental impairment during their lifetimes.

Why Do Some People with the Plaque Associated with Alzheimer’s Stave Off the Symptoms of the Disease?

So what protected these people from their supposedly inevitable mental decline? Was it regular exercise, good nutrition, good music and a good woman as my dad might have said? Well, those things helped, but the number one attribute people who escaped dementia had in common was a purpose in life.

This means that these folks not only felt like they had a purpose in life, they felt that they had strong purpose in life. They believed (accurately, I’m sure) that their lives had meaning and value.

These participants also had a lower incidence of mild cognitive decline, the precursor to Alzheimer’s.

It might have been Saturday morning language lessons, or a passion for race walking, or even a strong love for their grandchildren but these folks had a reason to get up every day and so they were motivated to keep their brains sharp to continue to enjoy their passion. They were so motivated by what they loved that their brains compensated for the damage caused by the plaque growing on it from Alzheimer’s. Their brains overcame their destiny.

What’s Your Purpose in Life?

That’s powerful stuff. And encouraging. Because if you’re in midlife now, this is the perfect time to find or start enjoying your passion. Your mind may depend on it.

I don’t know what test the researchers used to determine whether the study participants had a strong purpose in life, but I found this test which seems to measure something similar.

If you’re having trouble determining what your purpose in life should be or feeling like you don’t even know yourself any longer, you might enjoy my ebook 10 Days to Rediscover Yourself after the Children are Grown. It’s filled with exercises to help you rediscover your likes and dislikes and think about what you really want from this next phase of your life. I think you’ll enjoy it. 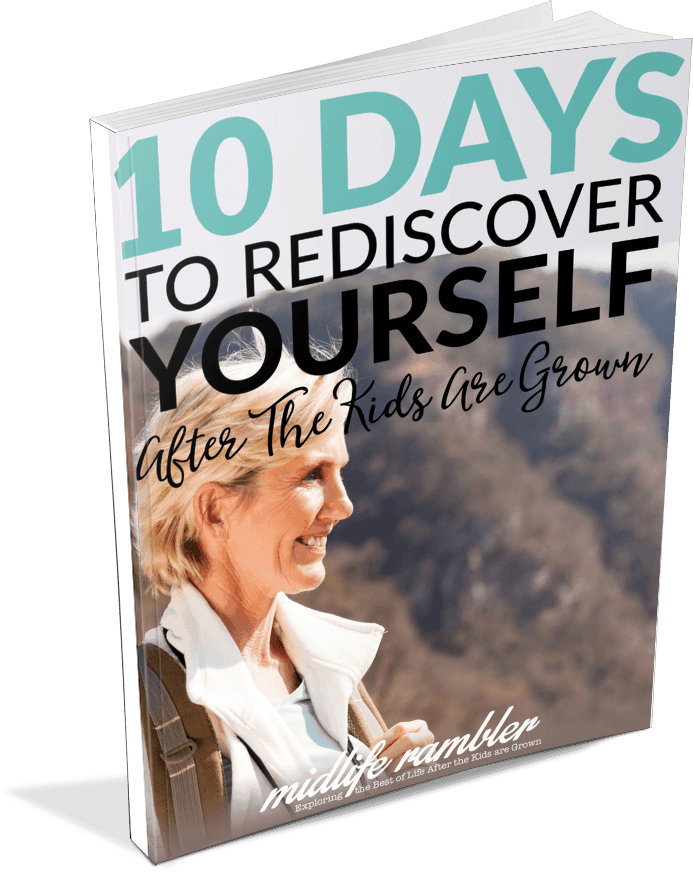 Sign up today and you'll receive a free e-book with ten days of journaling exercises designed to help you pinpoint your goals and create a vision for your life!

You'll also receive my weekly newsletter where you'll be the first to hear about new freebies.  Unsubscribe at any time.

AncestryDNA Vs. 23AndMe: I Took 2 DNA Tests So You Can Pick the Right One for You