I just returned from a super-quick Key West vacation to celebrate our second anniversary. In a way, it was an impulse vacation; we sat down and booked our flights and picked a hotel right after we got back from our “real” vacation in June and then never thought about it again so I was a little shocked when I saw it on the calendar about two weeks before we were supposed to leave!

As it turns out if you’ve got your flight and your hotel, two weeks out is more than enough time to think about what you might want to do in the Florida Keys. It’s delightfully laid back; perfect for a quick and relaxed get-away. We flew into Miami and took our time getting down to Key West by driving down US 1 and stopping in John Pennekamp Coral State Park along the way to walk around a bit and take the Glass Bottom Boat Tour.

After we finally got to the hotel late in the day we went out exploring and took the obligatory photo at the Southernmost Point of the Continental United States. 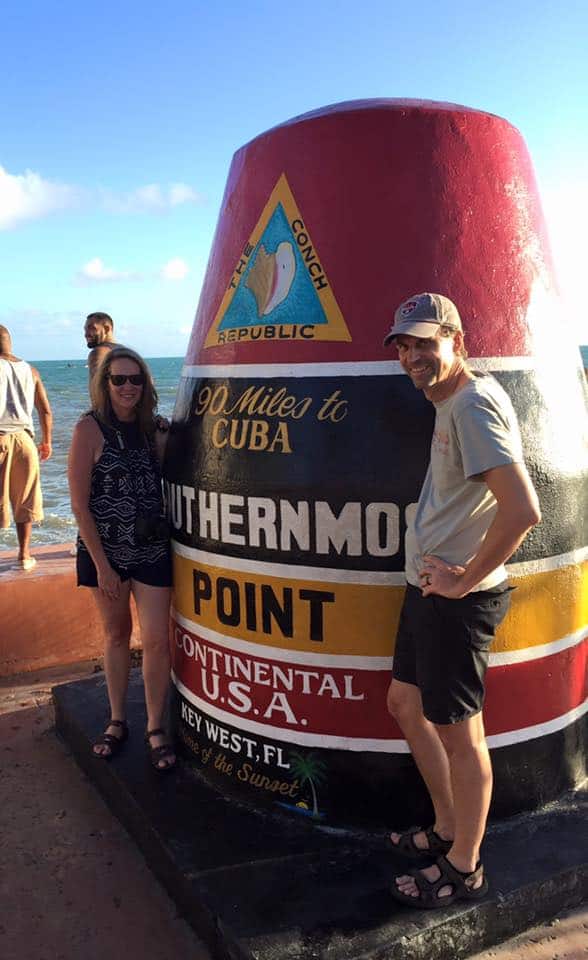 By the way, if you stay in Old Town Key West, everything is accessible on foot. We didn’t touch our car until it was time to leave. So nice.

I had my first sighting of the famous Key West Feral Chickens. Nobody knows where they come from, you guys. 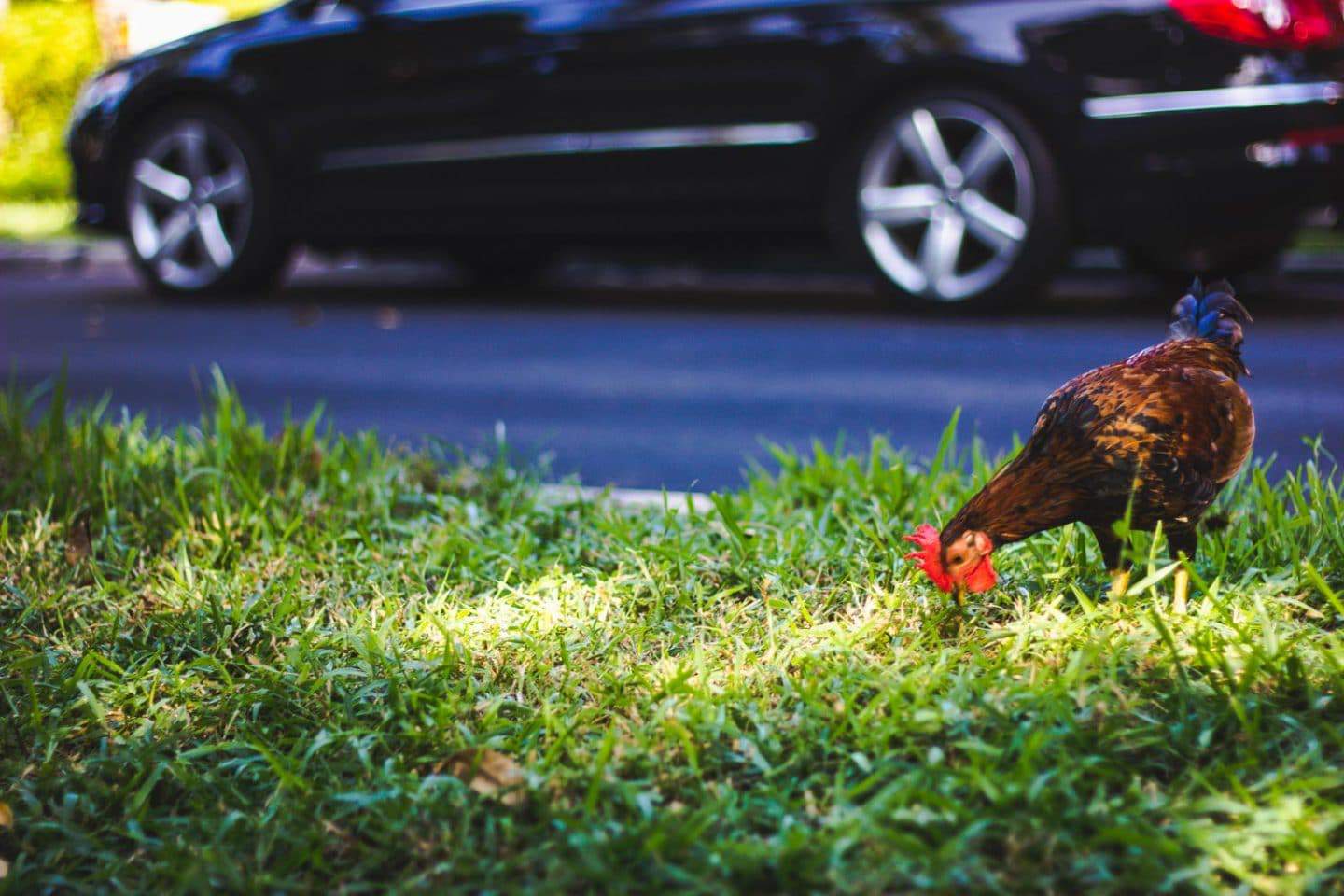 And then we had our first delightful surprise of the trip. We walked up on the Goombay Festival; a family-friendly street festival of music, carnival rides, street food, and happy people.

Dinner was served with our second happy surprise! A tiny parade appeared under the balcony on which we were eating! 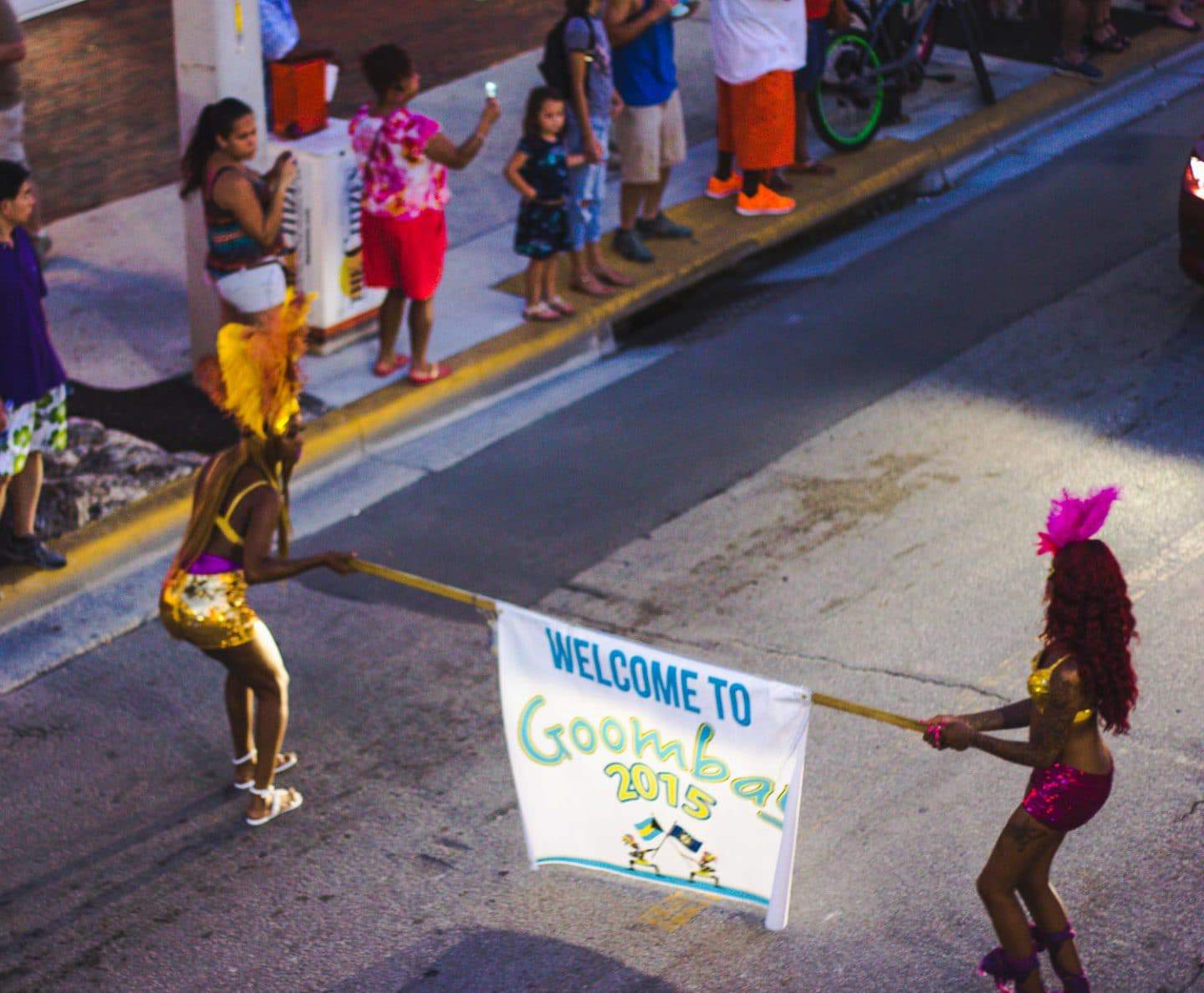 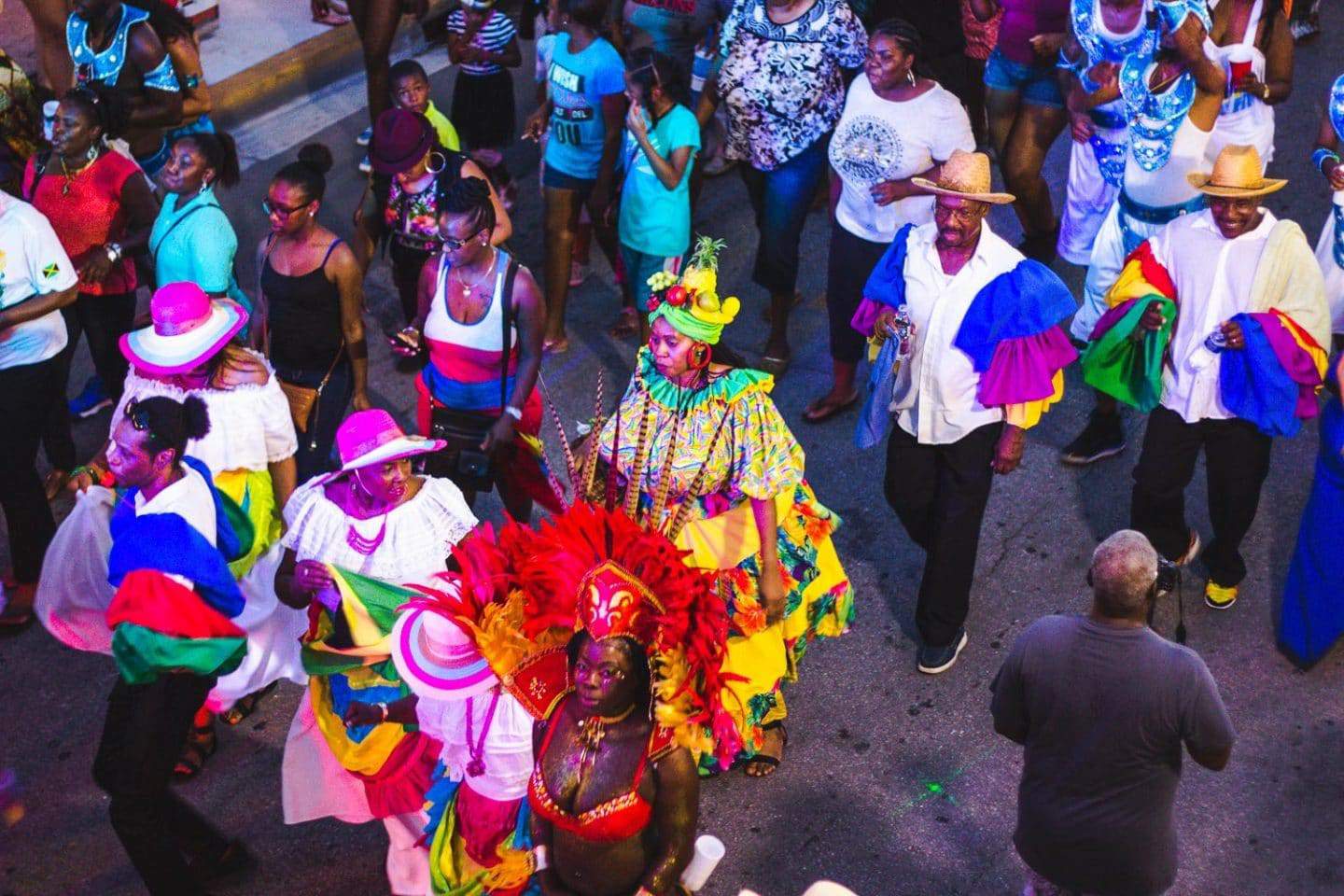 After our dinner and parade, we set off to explore Duval Street, still completely unaware of anything special that might be happening.

As it turns out, we had arrived in Key West right at the beginning of Fantasy Fest.  Fantasy Fest was certainly not like any other local festival I’ve ever visited. It’s kind of a mash-up between Halloween and Mardi Gras where people take to the streets of Key West (primarily Duval Street, where there are several bars) in their most elaborate and daring (read: revealing) costumes. Many costumes rely on body paint for decency. In fact, you can get painted right on the street if you wish to participate. (I saved that experience for next time.) Many costumes are not decent. I would not take children under 18.

I was delighted. The crowds apparently become quite intense later in the week and I bet they get pretty wild, but everybody was generally just very happy and not too rowdy and the crowds were not unbearable. We just spent the rest of the evening walking around and marveling.

I took tons of pictures. Here are a few of my PG-13 shots.

Key West has plenty of fun daytime activities as well. On Sunday, our first full day there, we started the day with a four-hour dolphin watch and snorkeling cruise with Dolphin Watch USA. There were only 6 of us on the boat so the trip was leisurely and friendly. We saw tons of dolphins and I spent the entire time trying to get pictures, which was fruitless. If I were to do the trip again, I would sit and enjoy the present moment rather than running around trying to get photos like this one: 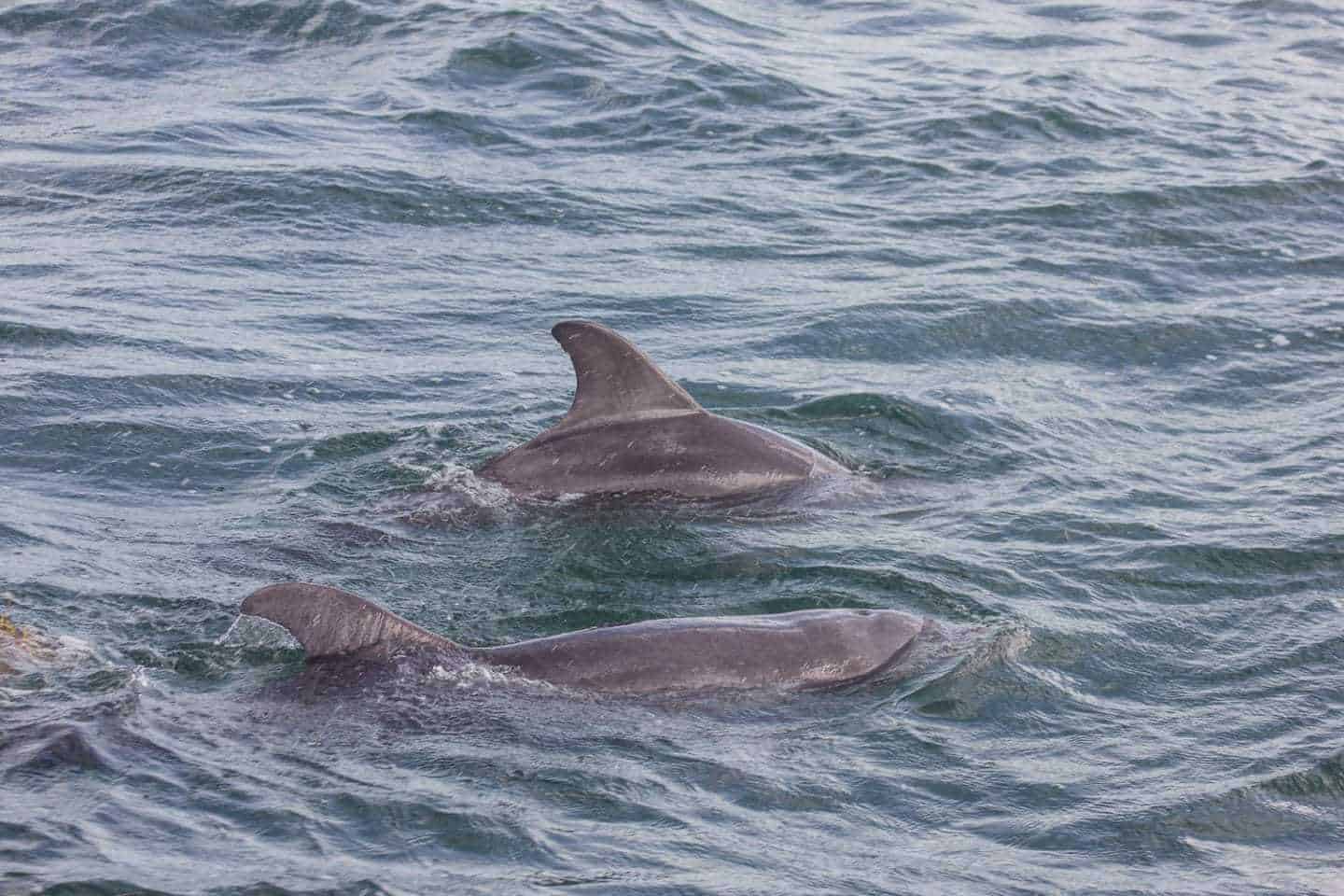 That evening we headed down to Mallory Square for the famous Key West Sunset Watching where crowds gather to watch the street performers and the show put on by the beautiful Key West Sunset. We grabbed a seat and weren’t disappointed by the people watching or the sunset. 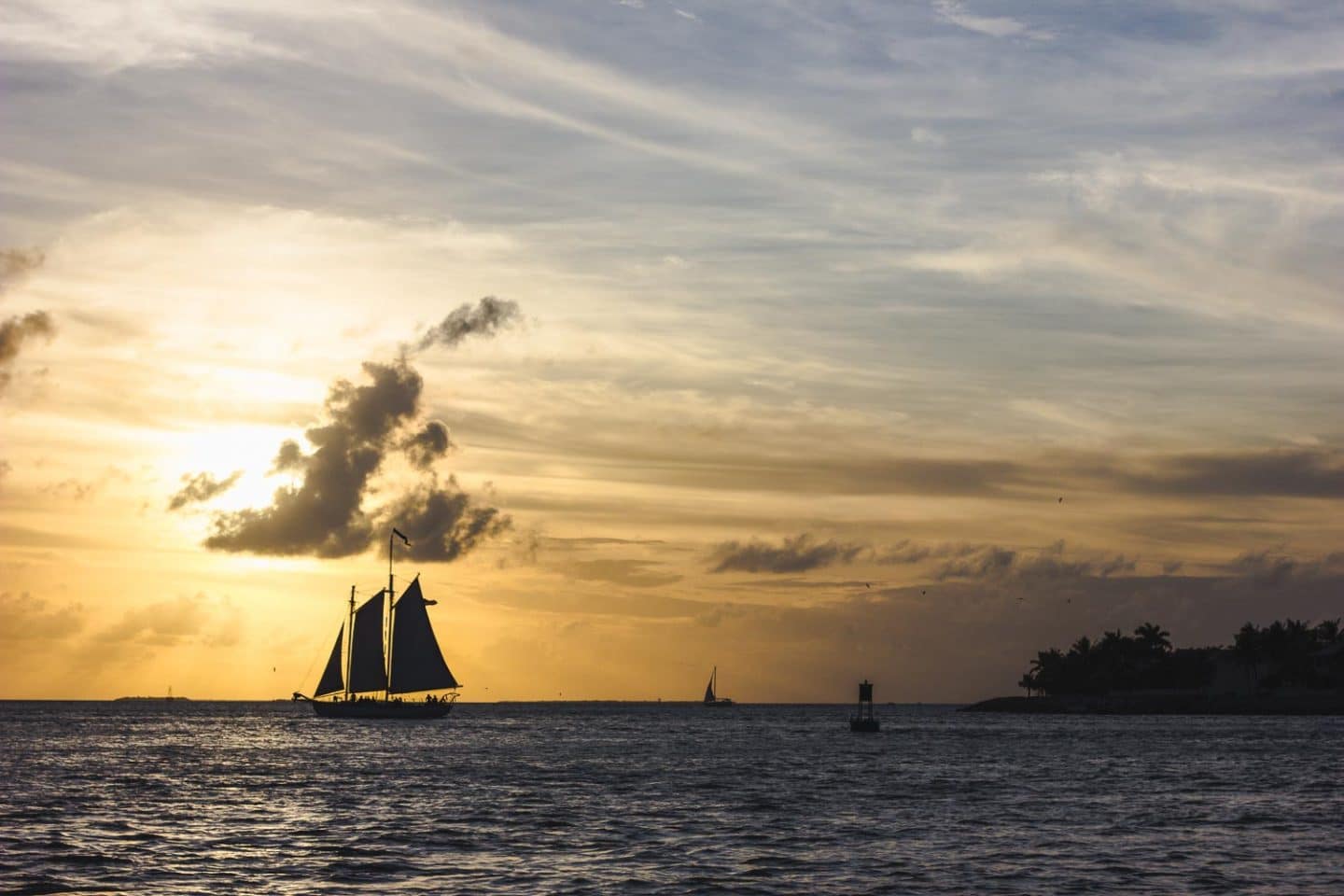 We walked around Mallory Square for a bit and grabbed some dinner and then headed back to Duval Street just in time to see the tail end of the 5000-person Zombie Bike Ride. 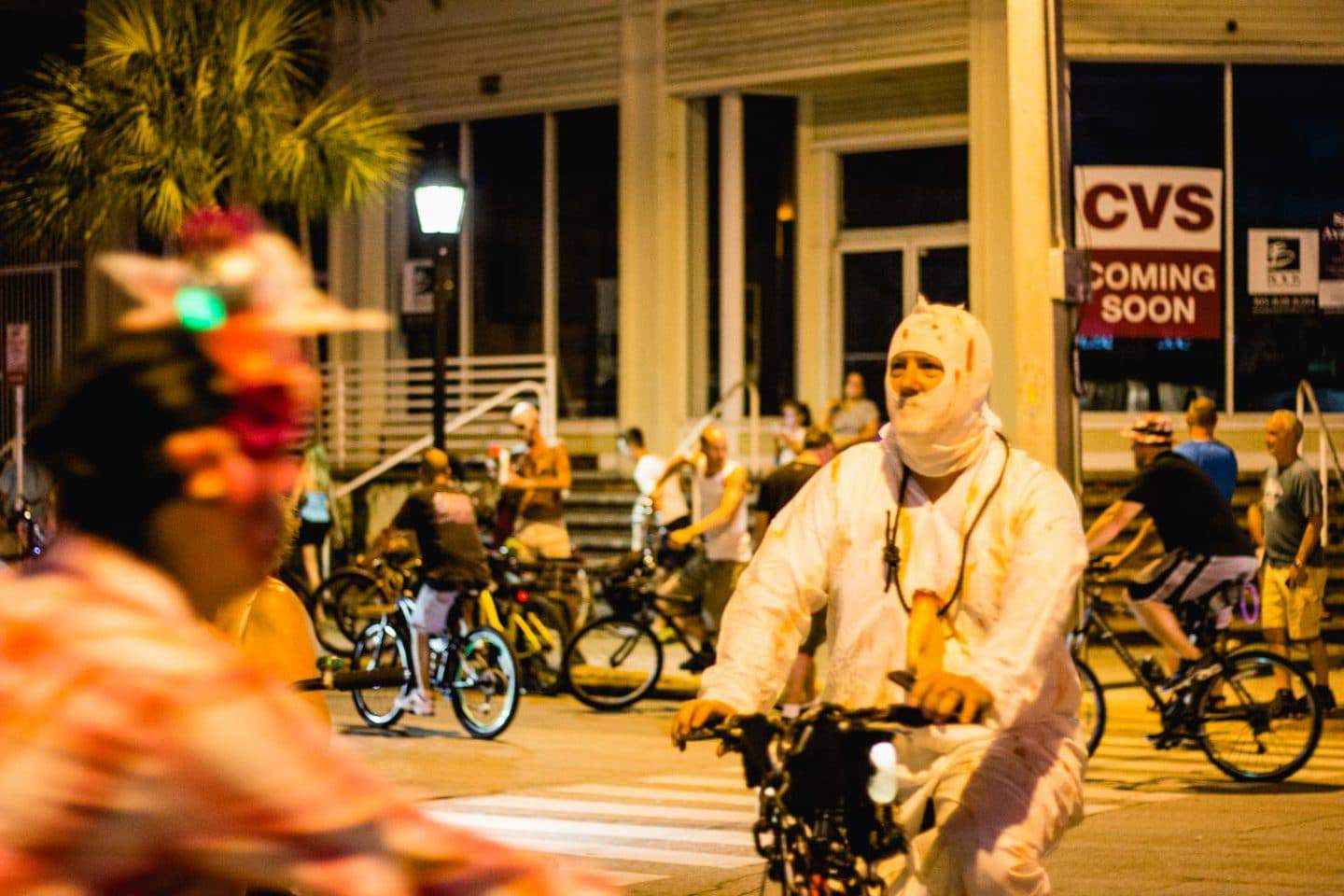 We sang songs with the crowd in Irish Kevin’s bar for a while before turning in. We had a big day on Monday.

Monday was our last full day in Key West and we did all the things! We walked around Harry Truman’s Little White House, but didn’t take the tour. We did take the tour in Ernest Hemingway’s house where I found myself most fascinated by his wife at the time, Pauline Pfeiffer. Supposedly his study has not been touched since he lived there. Would you keep your ex-husband’s study completely intact after you split?

We walked through the Butterfly Garden and my husband indulged me while I chased butterflies for an hour. 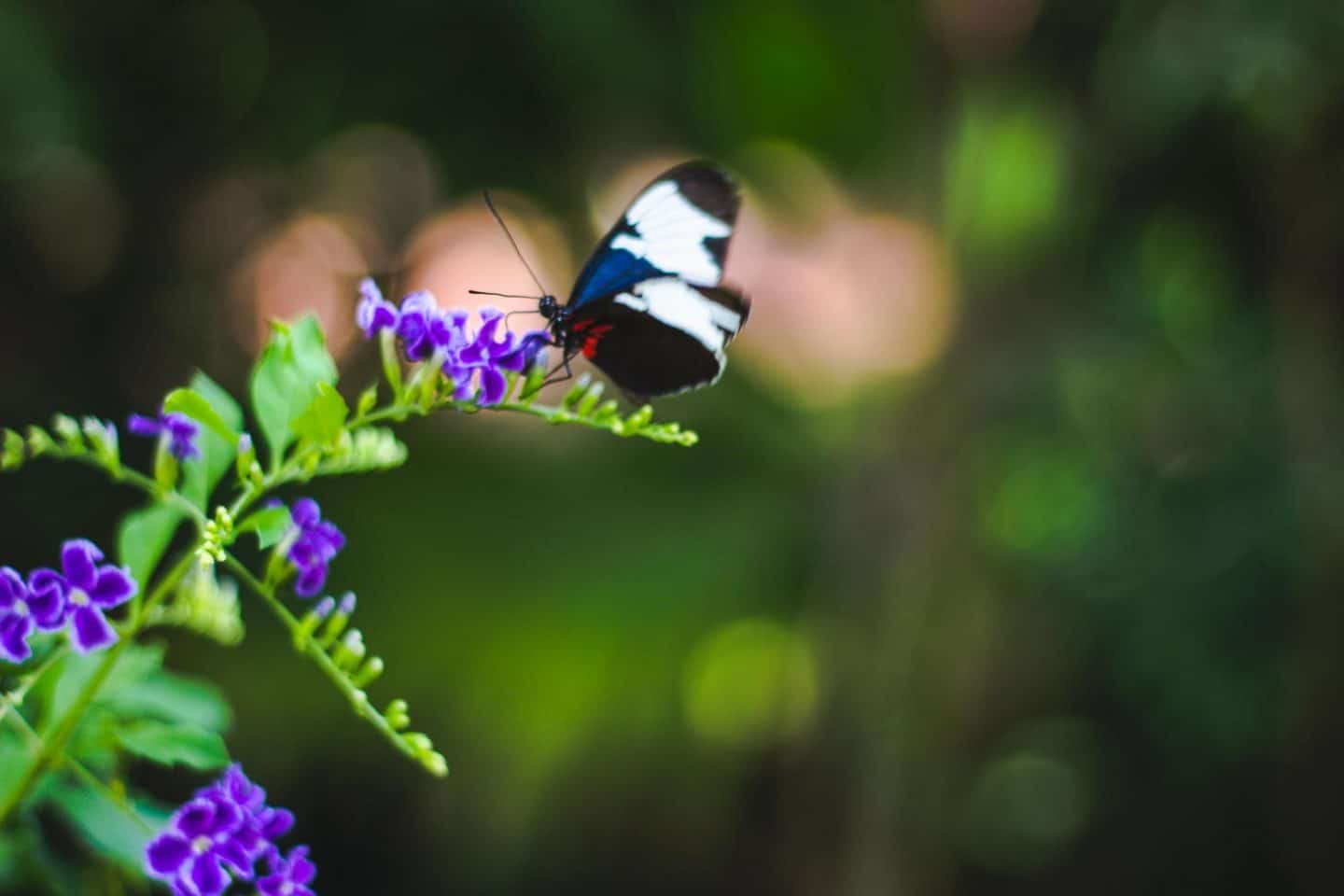 We had a wonderful anniversary dinner overlooking the ocean at Mallory Square and then left the next morning before sunrise to drive to Miami to catch our plane home to Atlanta. Goodbye Key West! Until next time.

10 Best Weekend Getaways for Empty Nesters in the United States

The Empty Nester’s Guide to a Long Weekend in Atlanta