Could Your Aging Dog Have Canine Dementia?

I get a lump in my throat and a tear in my eye each time I read about each good boy who’s passed on because my dog, Gracie, is 14 now and I’m not sure she’ll make it to 15. Lately, she’s been troubled by almost constant anxiety and seems to be suffering from the early signs of canine dementia.

This is a part of getting older that I didn’t expect. Every time I visit Facebook, it seems, one more person is posting a tearful tribute to her dog who just passed over the rainbow bridge. It makes sense that this is happening to us all now. So many of us got pets for the household when our kids were young. Now, those kids are growing up and leaving home and the pets they left behind are getting old and dying. It’s enough to break almost any parent’s heart.

Common Signs of Aging in Dogs

Gracie started showing her age almost two years ago when she suddenly became terrified of thunderstorms. I spent more than one night sleeping beside her on the floor of our bathroom as she paced the floor, soothed only when I held her tightly, acting as a human thundershirt.

Then she became incontinent. When she started having problems, I’m ashamed to say that misinterpreted the issue and then handled it exactly wrong. When she started urinating (copiously!) on the furniture and on our bed, I attributed it to her jealousy over our new dog and responded by instituting an off the furniture policy and confining them both to the upstairs hallway when we went out. It wasn’t until she started urinating while she slept on her dog bed that it occurred to me that she might be having a problem and took her to the vet.

She was, of course. Like so many of us women in middle age, Gracie suffers from the side effects of low estrogen, quite common in dogs who have been spayed. The vet finally settled her on Diethylstilbestrol (DES), a form of estrogen that used to be given to pregnant women but was taken off the market (for good reasons). So now both Gracie and I are on hormone therapy.

We had settled into a new normal with Gracie. We started every morning with her medication routine: PPA for the incontinence, Apoquel for Allergies, and DES once a week to help with the break-through incontinence. Then Gracie started pacing.

I’m reminded of the Ernest Hemmingway quote from The Sun Also Rises:

“How did you go bankrupt?”
Two ways. Gradually, then suddenly.”

Gracie walks around every day now in a near-constant state of anxiety. She paces around the house for hours, stopping only to stare at the walls for minutes at a time. We’ve had to take up all our rugs because she’ll scrape any soft object she can find into a nest and then urinates on it. Now that the rugs are gone, she’s tried to do this with my leather briefcase, my other dog’s chew toys, and my husband’s sneakers. She doesn’t really sleep during the day any longer so she heads up to her crate, exhausted, at 7 p.m. to finally get some sleep. She cries when she wakes up until we take her out and then she starts the pacing again.

I’ve reluctantly realized that these are all strong signs that Gracie has headed into canine dementia (also known as canine cognitive disfunction). Here are some common signs of dementia in dogs:

This heartbreaking video shows many of the signs that dogs with dementia can exhibit. I’ve seen Gracie do several of these, including getting stuck and circling.

Medication and Supplements for Dogs with Dementia

So many people think the symptoms of canine dementia are just a normal part of aging. But it’s important to mention any new behaviors to your vet because there are some treatments.

Some dogs respond well to a medication called Anipryl, which helps increase dopamine activity in dogs, making them more alert and responsive. The Aniprl website also has a helpful checklist to share with your vet so he or she can determine if your dog’s issues are caused by dementia. 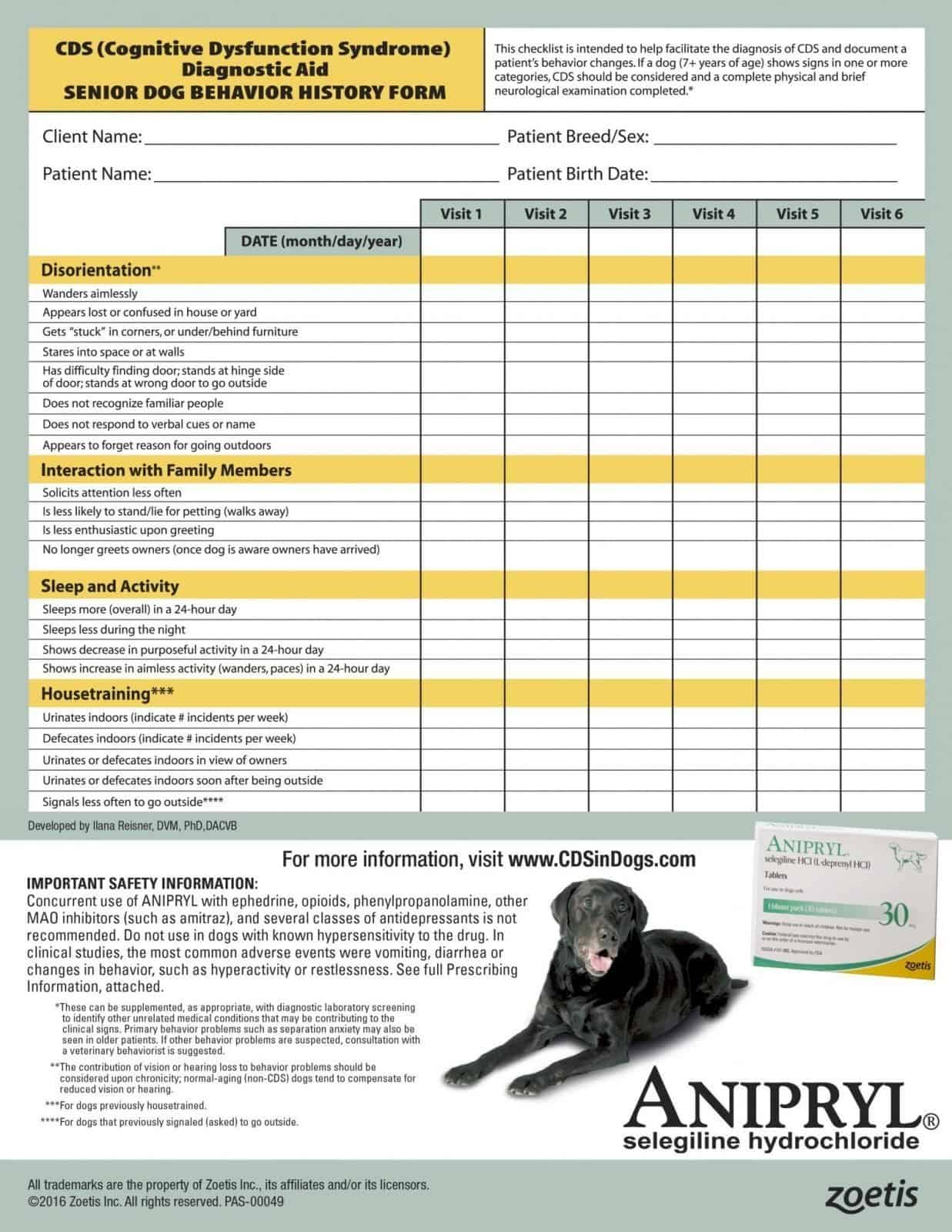 I haven’t tried these yet, but there is apparently some good evidence that the following supplements, available on Amazon, can help animals suffering from canine dementia:

I have tried these CBD chews when we need to put Gracie in the crate while we’re gone during the day and they seem to help her relax and sleep until we get back. These chews have been flat-out amazing for my dog Lemmi who tends to get so over-excited that she’ll frequently hurt the person or animal that she’s trying to love. One of these days each day helps her keep calm during her interactions with others.

Caring for Your Dog with Canine Dementia

I’m still working with my vet to determine the exact cause and best treatment for Gracie’s recent issues. In the meantime, I’ve found a few things that seem to be helping Gracie during this time.

How Long Will a Dog with Canine Dementia Live

I still love my sweet, little neurotic dog who feels that sitting in the same room with me is enough affection, thank you very much, and who absolutely knows the camera is stealing her soul. The thought that our time together might be coming to an end soon breaks my heart.

So I was heartened to learn that dogs with canine dementia frequently live as long as dogs without dementia. However, the average life-span of a terrier is approximately 15 and, as Gracie is 14 now, it seems that our time together will be short.

Additionally, most dog owners, including myself, don’t notice their pet’s dementia until it’s progressed from mild to moderate or even severe. At that point, the best care is simply making sure your pet is as comfortable as they can be.

I’ll be providing the best care I can give my good girl until our time together is done. Please induldge me while I share some photos that prove why Gracie deserves all the love I can give her: 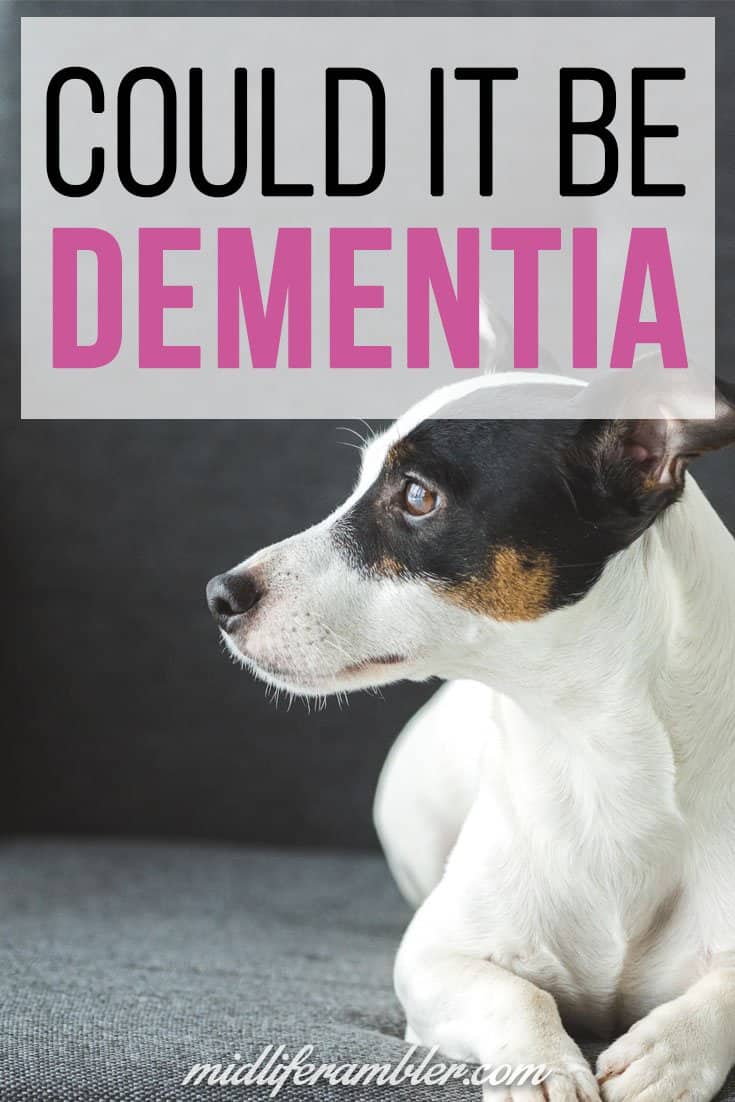 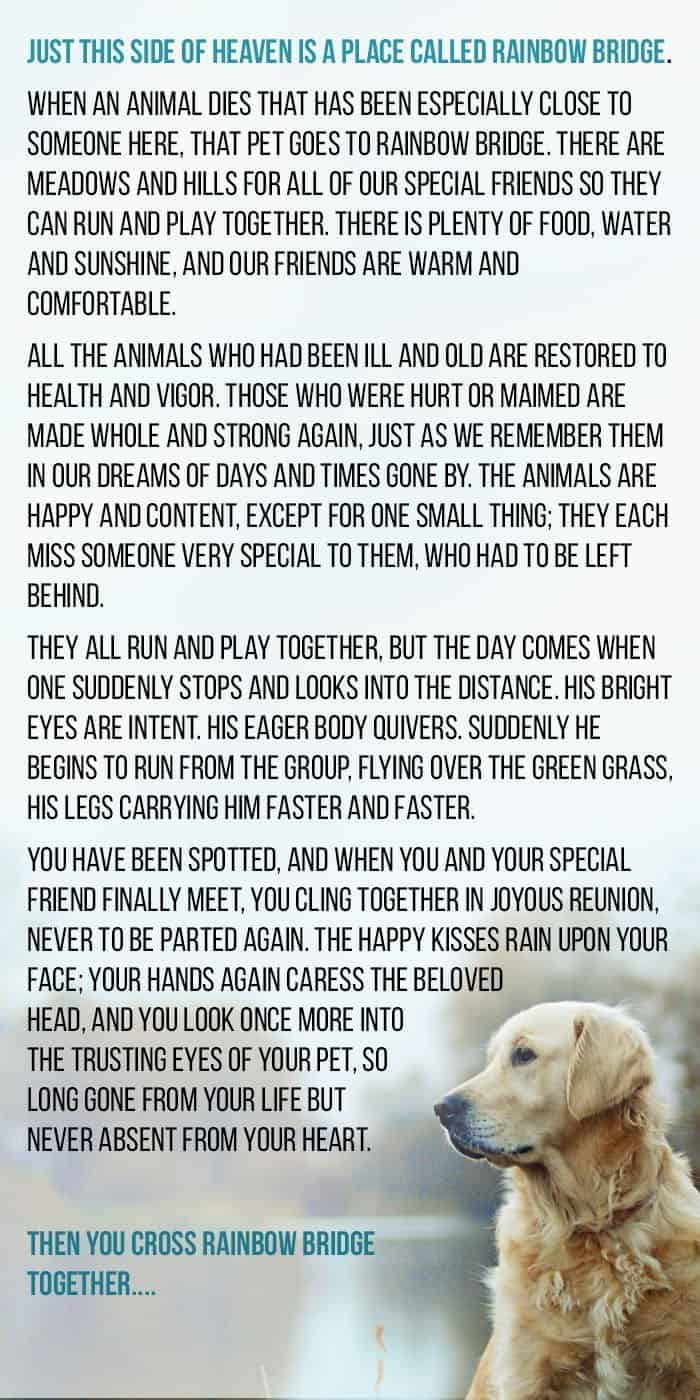 5 Ways to Help Your Aging Parents Maintain Their Social Lives

Our senior parents need an active social life to prevent loneliness and isolation as they age....
Read more
Aging Relatives

I went to pick my Mom up a few days ago at her assisted living facility for a pre-planned...
Read more

These cute advent calendars will help you get in the holiday spirit early and give something to smile about every day...
Read more

The Ultimate Professional and Comfortable Work from Home Wardrobe