When my daughter Charlotte was eight, every time I went down the stairs at our house she would follow behind me, clutching my waist and digging her sharp little chin into my shoulder. Every time. And I, ever the mother of the year, would yell at her to stop.

She’s eighteen now and you know what I’m going to say. I’d give anything to feel that little switchblade chin drilling into my shoulder.

So maybe fate was giving me a second chance the day I found the tiny black ball of matted fur waiting for me by my garage door. She was a mess: covered in fleas and dangerously skinny. She twirled in circles and pranced around on long unstable legs, almost incandescently happy. She crawled into our family’s lap begging to be petted and stared into our eyes with a soulful, loving gaze that seemed to say she had never felt such a deep connection with anyone. She was the queen of love.

Charlotte and I were in love from the start. Clearly this dog had chosen us and we needed to accept the honor. My husband was more cautious; probably this dog belonged to someone in the neighborhood and we ought to do a little due diligence before taking her off to the dog groomer, which is what I was planning.

He was right, of course. The dog belonged to our new next door neighbors. And the story would have ended there, except for a parting comment that my husband regrets to this day. “Well,” he said, “we think she’s pretty cute, so if you ever decide you don’t want her, let us know.”

They sprang into action. Actually, no, they didn’t want her! The guy was going on tour as a roadie for Motörhead and the dog was kinda a lot of trouble. And so my husband returned home with a tiny dog, a dirty blanket, and a disgusting chew toy. We kept only the dog and we named her Lemmi after Motörhead’s bassist.

I suppose we should have expected this from Motörhead’s roadie’s dog, but Lemmi had no idea of the basic rules of how dogs live with humans. Among other essential life skills, we had to teach her how to walk on a leash. She would walk two steps and then stop and look back. Is this right? We are to continue moving in a forward motion? She didn’t make a sound for the first three months until one day, encouraged by our other dog’s enthusiastic love of the bark, she let out a strangled, high-pitched scream that she apparently believes is barking.

But, as happens so often with relationships, it was the thing we loved so much about her in the beginning that we find so trying now. Lemmi has an unlimited capacity for receiving love. In fact, she believes that any time not spent petting her is wasted. Every time I sit on the sofa, she jumps in my lap for her petting to begin. Every time.

Occasionally I’ll get tired of her and banish her to the ottoman, where she’ll sit with her foot on my leg like an overly possessive boyfriend. If I shift in my seat, she’ll assume she’s been called back up to the majors  and jump in my lap to start all over again.

If I become interested in my conversation or TV show and slow down on the petting, Lemmi uses her nails to move my hand to her head. If I break eye contact, Lemmi will poke me with her nails until I look at her. It hurts, just like Charlotte’s sharp little chin on my shoulder used to hurt.

But here’s the thing. A week ago, I bought two tickets to New York: a round trip for me and a one way for Charlotte. In August we’ll fly up together and I’ll come home alone to a house with none of my children living in it. It’s just going to be me and Lemmi on the sofa (and my husband in the easy chair, but he dislikes being petted). I’m going to need Lemmi as much as she needs me. I don’t want to look back and miss those sharp little nails. 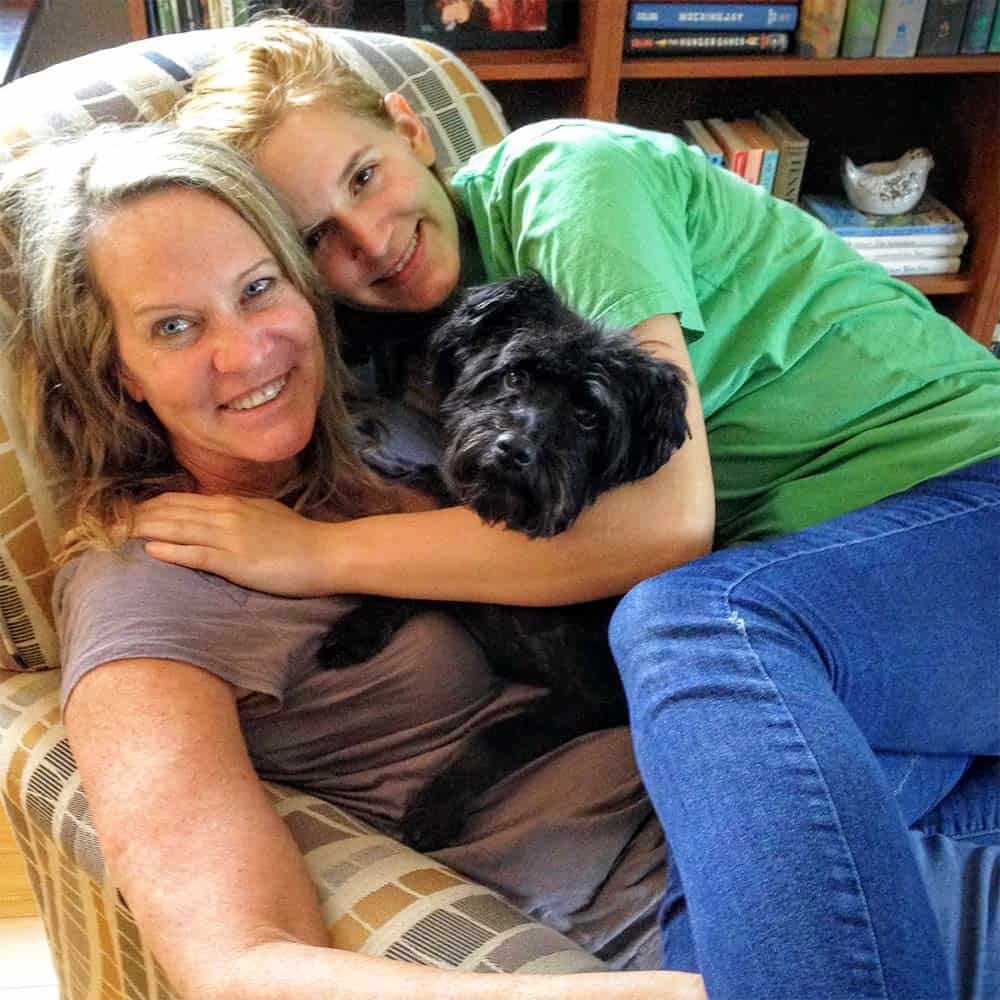 What to Do if You Find Yourself Alone for the Holidays