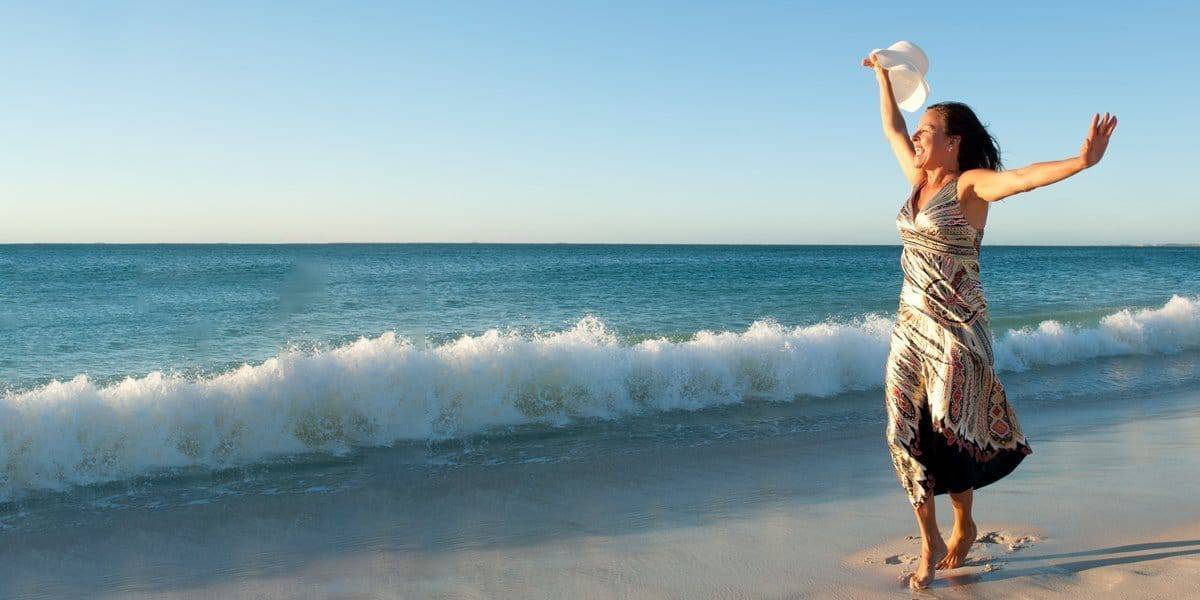 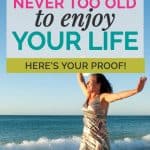 Think you’re too old to follow your dreams? Oh, friend, you are just getting started. I used to think I was too old for so many things when I was just over 40. I’m over 50 now and I’ve realized that you’re never too old to dream dreams, set goals, or dance to your favorite music. Here’s your proof.

In 2004, in my early 40s and near the end of a long marriage that had turned wrong and sad for both people, I took my then twelve-year-old son to a music festival. In a way, he was my beard: I desperately wanted to go to the festival but sincerely believed I was too old for such young folk activities.

It was the perfect tonic for a truly dark period in my life. Good live music has always restored my soul and my soul especially needed restoring then. It was a special day for me to spend with my son, too. He was just learning to love music himself and his friends hadn’t quite caught up with him so he was hanging out people who liked music as much as he did and would talk with him about it. One of those people was briefly me. I knew I had been given the special gift of a bit of extra time before he went off to join his friends and become a teenager and I was grateful for every second.

I only remember bits and pieces of the weekend. Seeing Lou Reed in the bright sunshine while people tossed around a beach ball and he sang about being happy to hang out with the ghost of his dead friend. Hearing The Drive-By Truckers for the first time. Waiting a full hour for George Clinton to bring the funk before realizing there would be no funk for me this night. Trying to get an uninterested Ben to stay for Joss Stone by pointing out she wasn’t wearing a bra. But what I mostly remember about the weekend was how everywhere I went I felt like I didn’t belong, how it seemed to me like I was absolutely the oldest person there and how I was sure that everyone there was definitely laughing at me for daring to be there.

I stood on the sidelines at Puddle of Mudd looking for someone – anyone – who was close to my age (in retrospect, not the best place to do that). I saw one couple – a 40ish man happily screaming along to every song and his long-suffering wife standing beside him. I actually explained to her that I was there with my son like she was wondering.

I left the festival to return to “real life” convinced that was my last time at a music festival. Except somehow it wasn’t. Somehow I didn’t stop doing a lot of the things I thought I was about to be too old for when I was my early 40s. I haven’t cut my hair to an “age-appropriate” style (whatever that is). I haven’t changed the way I dress. I got more comfortable with the life I ended up having and more comfortable in my own skin. And I still go see the bands I want to see.

And the more I did the things I wanted to do, the more I realized a few things.

The average life span of a woman in the United States is now 81 years old. That means that 40 is truly midlife. Do you really want to sit on your hands and stop participating in life because you’re “too old” for 40 more years? Now’s the time to get out and do the things you want to do so you’ll have great memories and stories when you do finally get old.

No One Cares What You Do

There’s a lot of hand wringing over the fact that women tend to become invisible to men in their 40s, but it’s actually really quite freeing. Without the judgemental male gaze, you can dance all you want and know for sure that no one is watching.

The Things You Love Keep You Young

As we age, it’s vital that we continue to use our brains and our bodies and to constantly be learning new things. That’s how we keep our brains sharp into old age. And a happy woman with sparkling eyes will always look younger than a sad woman who’s given up.

I spent this weekend at the Shaky Knees Festival here in Atlanta. After two weeks out-of-town on business, I needed some soul-restoring. And unlike 2004, where I stood very still and maybe clapped a bit, this time, I danced like nobody was watching. Because I figured out that nobody is and that’s very freeing. So I danced. I sang along. I waved my arms in the arms almost as if I just didn’t even care. I had a wonderful, amazing fabulous time.

Oh! And the son who was my companion in 2004? On Saturday night, I was proud to be pretty much the oldest person in the place when my husband and I went to see his band, Warehouse, open for Best Coast as part of the Shaky Knees Late Night series. While I was watching them play, I saw him for the first time with a stranger’s eyes and realized he’s a man now. We’ve both changed so much since that festival in 2004. He’s grown up and I’m so, so much younger now.

I’m living proof that you are never too old to lead the life you want to live. What things are you glad you didn’t give up? Let me know in the comments.

7 thoughts on “You’re Never Too Old to Have the Life You Want. Here’s Proof.”