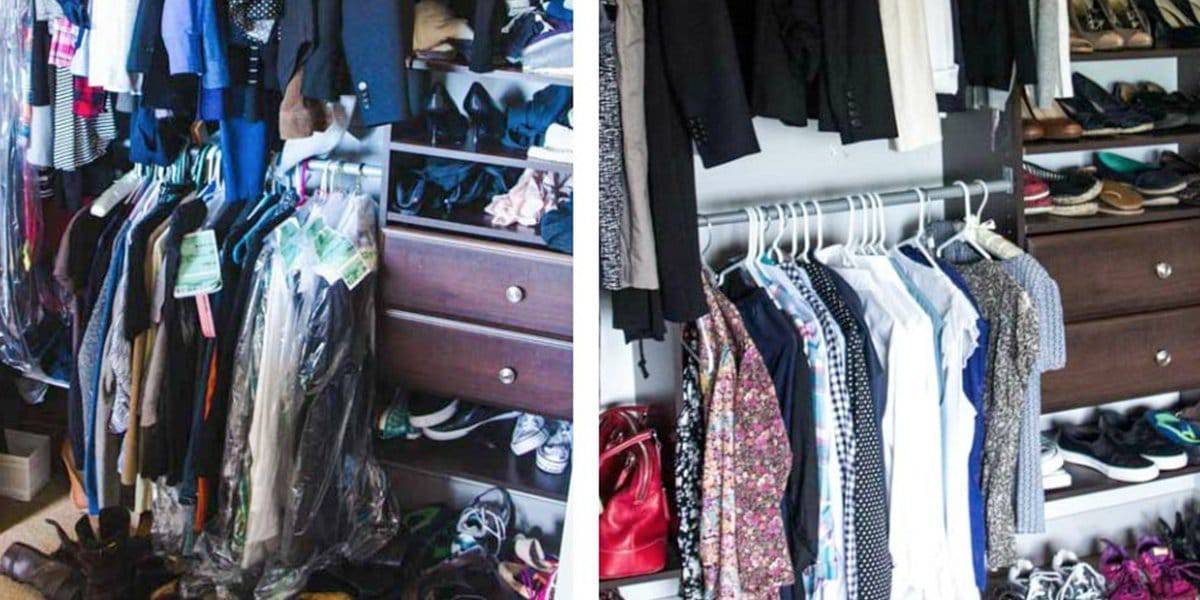 When I blogged about organizing all my clothes using the method outlined in Marie Kondo’s The Life-changing Magic of Tidying Up: The Japanese Art of Decluttering and Organizing, I promised an honest accounting of the results one month later. Well, yesterday was one month and I’m very pleased so far. I have noticed a bit of backsliding on my part: a recent t-shirt gift just got shoved into a drawer with some leggings and today I took a purse strap that I’m not using right now, but I want to use later and folded it neatly and put it with my belts because I just couldn’t think what else to do with it.

Still, check out these photos of the current state of my closest and drawers.

Success story! One month later – my closest still looks mostly good and much better than it usually does after my usual organization attempts. (The other side is mostly my husband’s clothes now so I didn’t photograph it.) My mornings are much smoother as well.

Except for that one scarf that I apparently just crammed back in the drawer after wearing, my accessories drawer looks pretty good as well. (Answer to your question: No, I never, ever use the Hula Hoop.)

Here’s where the folding technique falls down – literally. If you don’t have enough clothes to fill the drawer, the vertical filing system she recommends doesn’t work unless you stick something in the drawer to hold up the clothes. I’m still working on learning to fold my clothes so they can stand up by themselves.

And here’s pretty much the one literal failure on my part. This drawer was basically empty when the project was done last month and over the last month when I haven’t know what to do with the things, I’ve put them here. Lesson learned: have a place for everything and figure out a new place for items as they come into your home.

Again, I crammed a shirt back in here but I consider this drawer a success because I use it the most. I didn’t pull out tank tops and separate them from short-sleeved tops though and I need to do that.

My exercise clothes. This drawer is a rebuke to me. It’s mostly neat because I haven’t used it enough. Doesn’t it look nice though?

On the whole, I’m very pleased. This really has been a system I can keep up with and folding has become second nature to me. It actually is just as easy to fold the clothes correctly and put them in their place as it is to cram them willy-nilly into wherever I can fit them.